Hereditary is a horror film that was released in 2018. The story line (without any spoilers) is about a Grand Mother of a family that passes away and the rest of the family are slowly revealed to even more secrets about the family that they did not previously know. During this time, the son in the family commits a massive accident involving his sister and him, which causes a huge divide within the family dynamic. Will the family recover emotionally from the devastating situation that occurs? What could this incident be? Watch Hereditary to find out. Hereditary is currently not on Netflix, but you can watch it on Amazon through the link below.

You can watch Hereditary on Amazon here, or read the full review.

The horror film Mother! is about a couple who find their house becoming crowded, after allowing just one person into it originally. This causes the couple or row quite a lot, as the man is incredibly welcoming to the strangers, however the female isn’t. The quantity of people in their house becomes greater and greater, until it gets to the point where they can’t even find each other. Were they too gullible to allow just one person in? Does this number become out of control? Is his welcoming nature too much though? Watch the psychological horror film Mother! to find out these answers. Mother! is currently on Netflix, so if you are a member to this service then you can can watch this horror film there.

You can watch Mother! on Amazon here, or read the full review.

A Dark Song is a horror film that focuses on a devastated lady who wishes to partake in a spiritual ritual in order to bring her child back who passed away. She misses her so much that she is willing to do absolutely anything to see her one more time. Even if this involves doing black magic for this. She ends up finding a Scottish man, who claims that he knows this type of magic which can bring her daughter back one last time. She chooses to go ahead with this process… This film is currently not on Netflix, but you can watch it on Amazon below.

You can watch A Dark Song on Amazon here, or read the full review.

Come to daddy is a horror film about a guy (Elijah Wood) who has been invited to see his father that lives a long way away from home. He hasn’t seen his father since he was a kid, as he left when he was younger without saying goodbye. Once he gets to his father’s house, he soon realises that maybe his dad wasn’t as excited to see him as he thought he would be. They disagree about almost everything and he finds it very hard to even like his own Dad. His dad is also very secretive, and noises are obviously coming from parts of the house that is unseen. The frustration builds scene by scene within the two, until the paranoia of hatred starts to become apparent. Was it a good idea for him to visit his Dad? What could the Dad be hiding? Watch the horror film Come to daddy to find out these answers!

You can watch Come To Daddy on Amazon here, or read the full review.

1922 is a psychological horror film based on a family that are full of disagreements, as the Mother wants to leave the Husband to go to the city, and sell their land. This disagreement makes the Husband incredibly angry, which causes a massive divide in the house. This makes living at home very uncomfortable for the son in the family, who is forced to choose sides between his Mother and his Father. The Father and his son feel forced to make a very drastic decision which affects them for the rest of their lives. But what could this drastic decision be? Watch the horror film 1922 to find this out. This film is currently on Netflix, so if you are a member of this service then you can watch it on there.

You can watch 1922 on Netflix, or read the full review here.

The Light House (directed by Robert Eggers) is a psychological horror film that focuses on two main characters. These characters are played by Robert Pattinson and Williem Dafoe. The Lighthouse is about two lighthouse keepers who work on tendering the lighthouse and the rocky area around it. Their relationship starts off simple, just as an employee and an employer, but they soon start to find the company of just those two very testing. This soon tests them both though, and the isolation of being at the lighthouse on a separated small plot of land begins a new point of anger and frustration, leading to an evidential insanity in one. Ephraim (Robert Pattinson) experiences frustration like no other, leading him to think all kinds of thoughts that even we, the audience start to question whether or not he is on to something, or if he is going crazy. What this anger leads to though is up to the audience to justify…

Eff Your Review rated The Lighthouse 71%

You can watch The Lighthouse on Amazon, or read the full review here.

10 Cloverfield Lane is a horror film about three people who are all locked away in a bunker by hide from the serious dangers that are outside in the world. This is a severe chemical attack that has turned everyone crazy. One of the three, a woman named Michelle doesn’t remember going to this bunker though, as she woke up randomly in Howard’s bunker, without knowing either of the two men that she is with. For the most part, the bunker life is relaxing and doable, but things start to get weirder and weirder with Howard’s behaviour. His temper starts to increase and they see signs that he may not be as honest as they first believed, or as good of a man that they thought. They soon even start to doubt if their even was a chemical attack, and question what would happen if they did leave the bunker. Did all of the tragic situations really happen outside of the bunker? Do they really need to be protecting themselves? Who actually is Howard? Watch the horror film 10 Cloverfield Lane to find these answers out!

You can watch 10 Cloverfield Lane on Amazon, or read the full review here.

3. The Killing Of A Sacred Deer

The Killing of a Sacred Deer is a horror film about a Father named Dr Steven Murphy who is a doctor with a family. He regularly hands out with a strange boy on his lunch or after work, who often asks when he is coming to visit his Mother. He helps the boy out with advice and money regularly, but he is very strict on him not being involved within his family or his work situations. Unfortunately though, Dr Steven Murphy has a past situation in his doctor career that he is ashamed of, but he soon realises that his past is eventually coming back to haunt him. The boy is fully aware of the doctors dark past situation, as it affected him the most out of any body. The question is, how bad is this past? What could these consequences be? How can he fix this? Watch this film to find out these answers!

Eff Your Review rated Killing Of A Sacred Deer 72%

You can watch the Killing of a Sacred Deer on Amazon, or read the full review here.

The Witch is a horror film based in 1630 in New England, that involves a family that are forced to leave their town. They end up finding their own area, where they use the land and their animals to feed themselves. Suspicions arise of one of the family members being a Witch, which leads the family to a state of paranoia, over analysing each other and causing a strong sense of tension and anxiety around their life. The horror film The Witch, is directed by Robert Eggers. This is the same director that created the film named The Lighthouse (also on this list at number 5).

Eff Your Review rated The Witch 87%

You can watch The Witch on Amazon, or read the full review for it here.

Now for number 1 in our top 10 psychological horror films list! MidSommar! MidSommar is a horror film that is Directed by Ari Aster (the same director as Hereditary). MidSommar is about four university friends who are invited to go to Sweden to visit a festival that happens every ninety years by one of the friends. One of the friends (named Christian) has a girlfriend (Dani) who is going through a lot of problems relating to her family passing away, and therefore, he reluctantly invites her to Sweden hoping that she’ll turn down the offer. This is because most of his friends don’t want her coming. She says yes though, and they all soon realise that this trip is a hell of a lot more then what they first had in mind. They soon realise that the people that live at the specific area in the Country, are more like a cult then a family. What happens when they enter? What does this journey entail? Watch MidSommar to find out! It will shock you!

You can watch Midsommar on Amazon, or read the full review for it here. 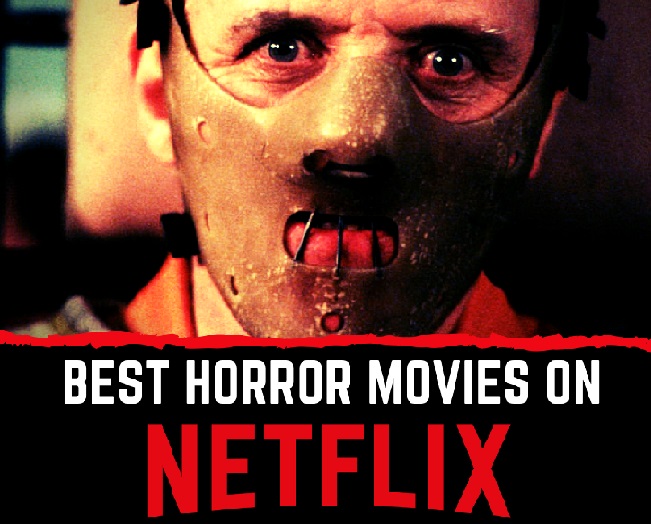